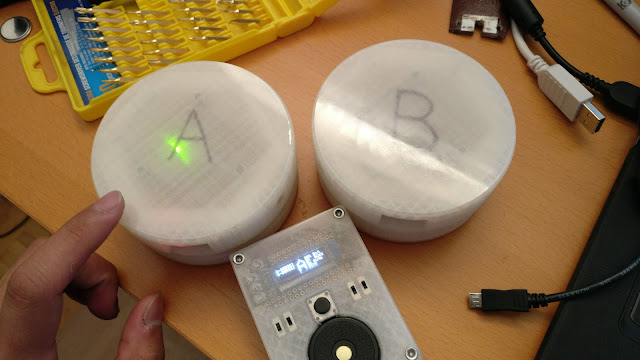 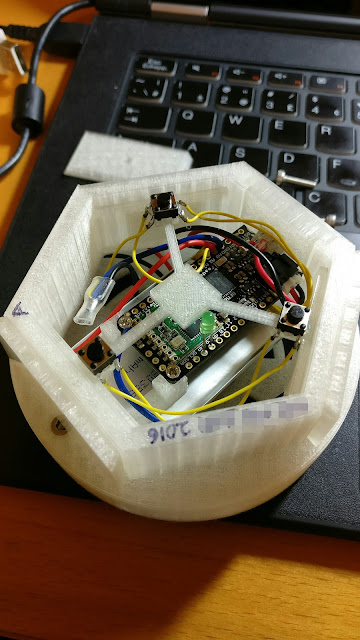 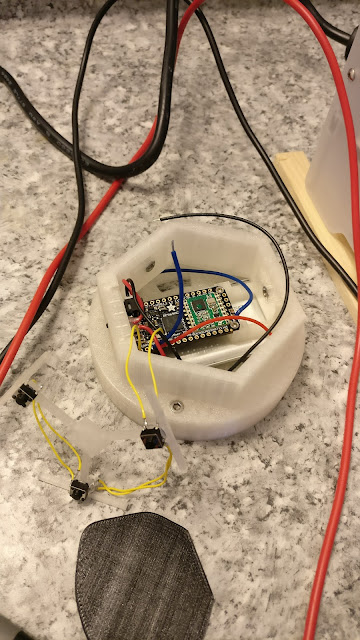 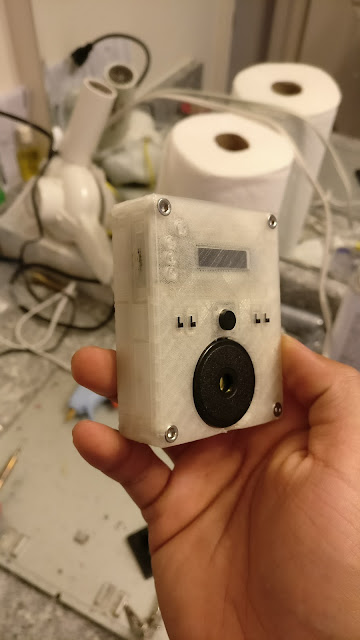 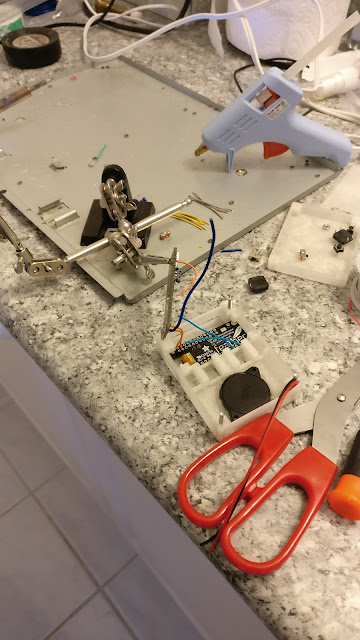 Installing the electronics on the base station. 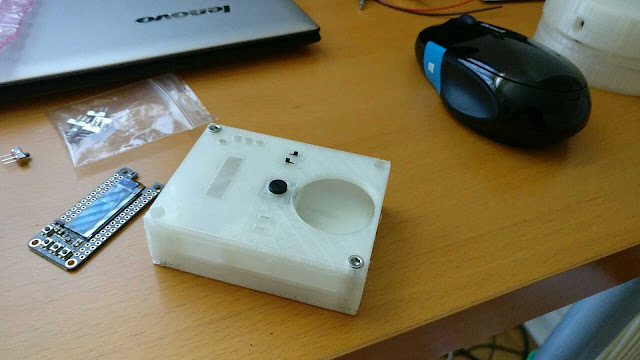 Oops i designed it backwards. Had to reprint this mirrored. 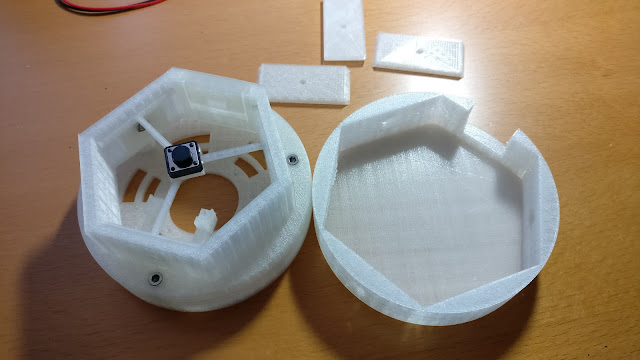 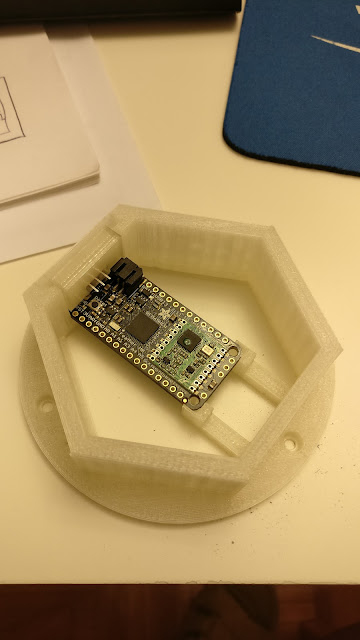 Fitting test for the midsection of the buzzer unit. 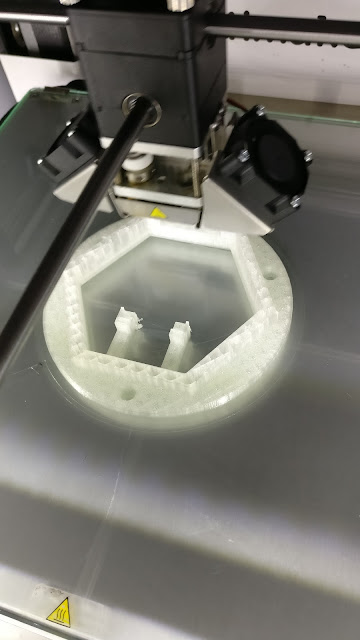 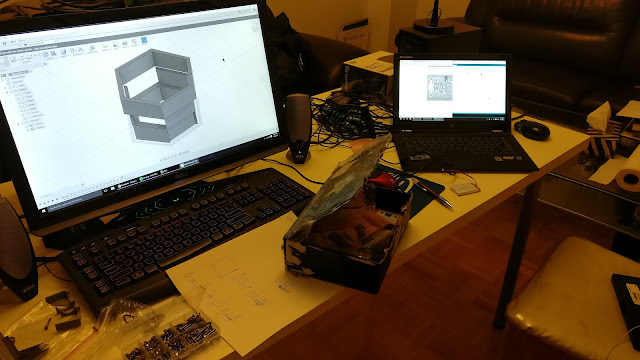 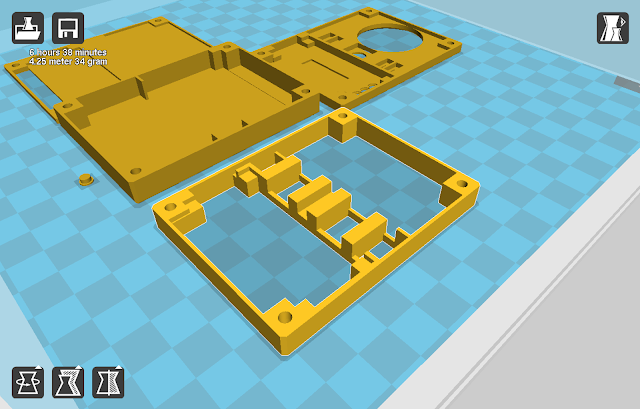 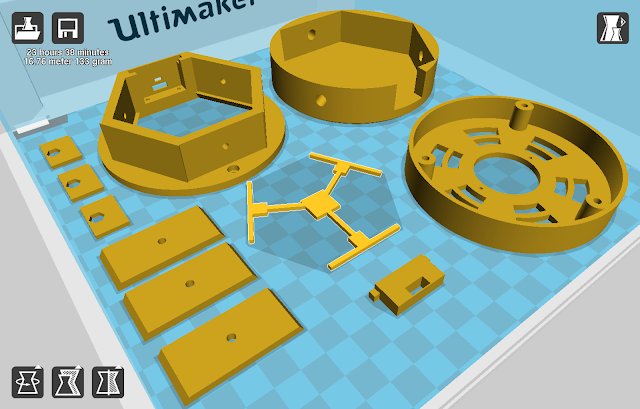 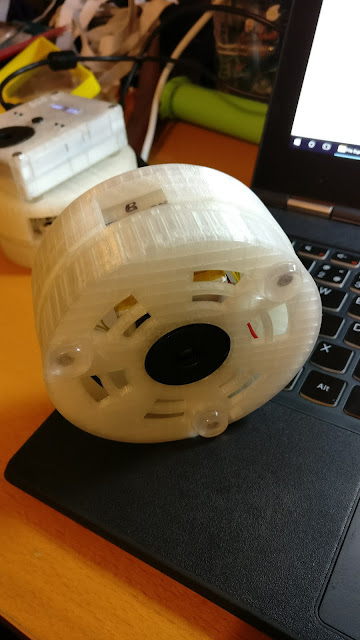 The underside features some air vents and the piezo speaker. Silicone feet. 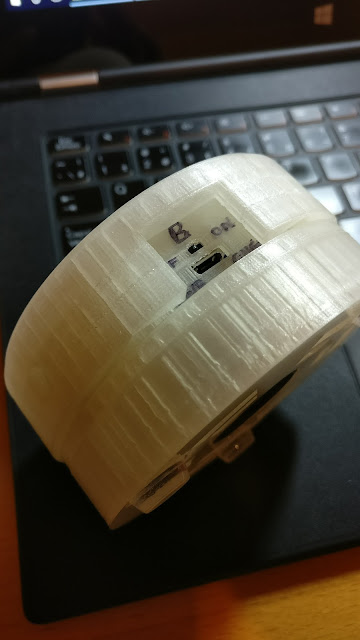 ON/OFF switch and the charging port. The switch fully disconnects the battery when off to minimize discharge during storage. Unfortunately, this means that if the switch is OFF, the device will not charge. Additionally there is no easy way to detect if the battery is attached (unless I of measure the batt pin through a voltage divider). If I could, at least I can warn the user with an annoying buzz until the battery is connected.
Posted by spr at 9:14 PM